Marvin Coleby is an advocate for blockchain’s potential in emerging markets. He is building the first tokenised impact exchange (A blockchain  impact investment solution). The idea is to democratise private investments in emerging market companies. His core focus is on Africa, Asia, and the Caribbean.

Blockchain: Efficiency vs Trust and Value

Efficiency vs trust and value are two ways to look at what Blockchain technology can give us.

Efficiency works in a system where trust already exists. This could be in the financial markets and governmental operations. A country like Sweden would be a good example.

Yet, when people do not trust the current conditions, the blockchain offers a solution. South Africa is a great example of this.

This becomes important given the value of decentralisation offers. The efficiency and trust a blockchain can create a more fair, equal society. Marvin also explains this in the context of Tokens, smart contract, and digital assets.

Marvin is building the blockchain solution for impact investing. He wants to make it easy for people to invest to create impact. His vision is to create a world, where people are economically incentivize to achieve as much impact as possible.

Marvin believes that there’s a shift in the world happening. We are moving away from prioritising profit to more responsible practices. We also see consumers are demanding more accountability and the way we need to do things is evolving.

Impact investing provides a set of smart contracts that executes investment terms. This will be between an investment fund or investor and based on verifiable data. But this is not only about the investor. It is about internal performance and the way we measure and incentivize teams to perform.

Marvin makes the point that Blockchain is useless without IoT. IoT provides many of the data points that will verify and execute the smart contract. This is an important point and will be massive going forward.

Marvin also point out the 3 blockchain Waves as:

Marvin goes into detail how these smart contracts work. He points out the value that they create and why they are so powerful. We used tax and the role of the taxpayer as an example.

Marvin makes the fascinating point. Blockchains are the digitisation of human behavior. It provide’s the framework on how you build networks in a digital economy?

At the moment we are making a lot of assumptions. The hypothesis is that we will behave the same way in a digital economy as we do in a non-digital economy.

But we know this is not true. Humans are not robots. We don’t all respond to the same stimuli in the same way. You cannot predict how people from different cultures, countries, environments will behave.

We also talk the role of private and public blockchains, and the role decentralisation and the security behind both. We look at what tokens means and dig into the world of ICO’s. And the challenge of scale.

He co-founded a blockchain venture studio. They led research and development initiatives for blockchain innovation. The focus was on emerging markets in real estate, capital markets and governance.

Prior to this, Marvin worked as a lawyer. He was part of the Venture Technology and Emerging Growth Companies group of Dentons. Dentons is the largest international law firm in the world.

Marvin also worked at the United Nations Education Scientific and Cultural Organization. He consults to governments on innovation strategies. He is an advocate for blockchain’s potential to create social impact.

Apologies for a bit of background noise at the backend of the conversation. The caterers got excited about swapping out morning tea for lunch.

The WTF #ThinkDigital Podcast spent two days interviewing many of the groundbreaking speakers at the Blockchain Africa Conference (#BAC18). The big topic was inter-operability and how the blockchain is maturing. 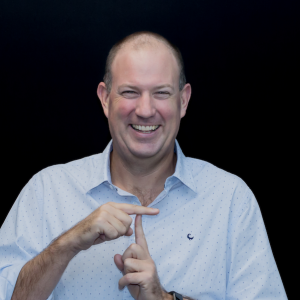 Michael Cowen is the CEO of WTF and co-host on the ThinkWTF Podcast. I focus on helping business build systems where their people thrive. You can book my keynotes on WTF Keynotes

You May Also Enjoy

The Changing Media – With Amanda Bester

The Future of AI-Driven Branding – with Paula Sartini

Get Your Weekly WTF Inspiration

Want To Learn The Hidden Secret To Managing Exponential Change?